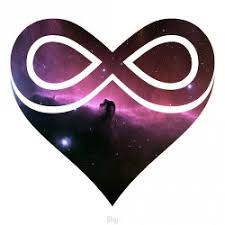 Perhaps a definition from someone in the polyamorous community might help – Taken from The Huffington Post on 12/03/2013 “Polyamorous relationships are about more than just couples.”

There is a common misconception that a polyamorous relationship is really no different from an open-relationship agreement: one committed couple, with some lighthearted fun on the side. But the word “polyamory,” by definition, means loving more than one. Many of us have deeply committed relationships with more than one partner, with no hierarchy among them and no core “couple” at the heart of it all.

And from the Urban Dictionary – The state of having multiple sexually or romantically committed relationships at the same time, with the consent of all partners involved.

“Polyamorous communities emphasize love and honesty in their multi-partner relationships.” 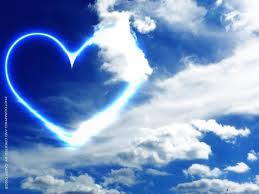 Well God is totally open and honest with the whole world. He had people write about Him, even if at times His people have interpreted it hurtfully. He sent Jesus Christ to show the world what He’s really like, His totally love and care, and yet so often we all miss what that really means. He build His Church and said it should be a place where all are accepted as they are, all given equal status and respectability, though often people, through their own fear have made it an unsafe place. So Yes I think God is polyamorous because He loves all equally, wants to be honest and open with all people all the time, and never wants to do anything that will be harmful. Ok that can’t be said about His Church all the time but that doesn’t mean He isn’t. 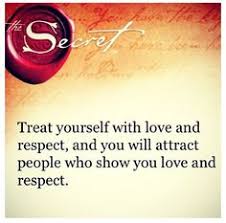 The reason I am thinking about this is because of friend of mine and her husband have decided to move into a polyamorous marriage and over lunch she was telling me about it all.  One thing my friend said was that you have to care for and respect yourself and care for and respected everyone in your polycule. A Polycule is the constellation of people who are seeing each other. What really struck m was this whole love and respect yourself and each other, because it comes back to the whole “love your neighbour as yourself” or as it should be “love and care for yourself so you can love and care for others”. I have seen this friend go through some amazing healing to get to this place where she can care for her own well-being and also care for the well-being of others. I wonder how often us professing Christians are at this place.

husband and my children. There are friends I have that I do love. I do wonder if maybe be don’t get God’s love because we can’t get our heads round being able to love more than one person at a time, even though most of us do, but we are often expected to have a hierarchy of who we love most. And if we are like that then even if we preach that God loves all equally we will also want Him to love us more, or think He loves us less or whatever.

Please comments would be great from those who agree and those who don’t, but if it gets unkind I will delete them 🙂

I wrote a poem during my postgrad study day on Sunday in which I talked of re-emerging, coming from that stage of fertile womanhood into the wise old crone and how I now had to just stand and wait for my wings to dry. I meant like a butterfly emerging from a chrysalis but when I shared what I had written with my fellow student she squealed “Wow a cormorant!” I got her to explain more.

wings held out to dry and only when fully dry is it safe for them to dive in again.

I just found that so uplifting, releasing and encouraging. It is so where I am at the moment. I’ve dived and fished, helped and supported, touched the ocean’s depths of all life could give and now I know its very clear that I am to rest. But I have been a bit scared of this rest because I’ve been afraid that I’ll get old and stuck in it, that I’ll slowly do less and less, that I won’t dive again. For me this cormorant image says that I will dive again, fish, do what I do when I’m in my diving state, but for mow I just rest and let my wings dry full in the sun – and most of all not feel guilty for it. It’s how God made me, to do and dive but then I have to rest. If I dive back in too soon I’ll drown because my wings won’t be dry enough. So now I wait in this vulnerable place, wings held out, still, not able to go, watching the ocean rising and falling.

Matthew 7:21b says “…only those who obey My Father will get in (to heaven).” So often in the Sunday sermon this word “obeying” has been used as a going/doing word, and yet if Father God has told me to rest then I have to obey that. I can’t go off applying for jobs, volunteering, doing really good stuff because that would not be obeying. 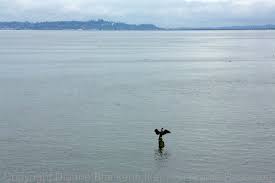 Did God make a mistake with the cormorant’s wings? Did evolution let it slip through the “survival of the fittest”? Who knows? But that’s the way it is and it’s learned how to survive. It obeys the rules of God, the rules of Nature, of how it’s made. Why should I think I’m any different? To obey God for now I need to stand with my wings held out, vulnerable, and allow myself to dry. And then I can go from flappy little bird to prehistoric, wise old crone.

This is the poem that came from the observations about the cormorant.

She stands, awkward, wings stretched out

Head down, perched on a rock.

All around the ocean crashes

In all this general busyness she stands

vulnerable in the vast active sea.

A freak of nature? God’s forgotten?

Or made to dive and then to rest?

For now the course is to obey

to stand, to rest, able to do nothing until –

the sun’s warmth seeps in to the depths

of wet and tired wings

to dry, to heal, to regain strength.

So even if there’s winter gales

when there’s so much to do

still she must stand, allow the winds

to do their job, to dry her quills.

No diving in too soon no matter what she sees

but wait, but rest, till strong and dry.

This was the original that encouraged her response –

Yes help me rest and realign

To change my shape and change to be.

Don’t let me fix into the shape I do not want to be.

Wake me, help me search to find the shape I can become.

with all the wisdoms I have learned,

there are still children for me to nurture.

So let me rest, get use to who I am

To see the beauty of this new creation

I am called to be.

and wait till they are dry.

For now I’ll rest and sleep and then

I’ll come and be again.

Here is a great post from Jon Kuhrt’s Resistance and Renewal blog and really shows all about “doing life” in the face of death.

The family of Kayla Mueller, a US aid worker who was being held by ISIS, have confirmed that she has been killed.

Before she was captured, she told her hometown paper in Prescott, Arizona:

“It’s important to stop and realize what we have, why we have it and how privileged we are. And from that place, start caring and get a lot done.”

Kayla’s family have released a letter sent to them by her from captivity written in the spring of 2014:

Everyone, If you are receiving this letter it means I am still detained but my cell mates (starting from 11/2/2014) have been released.

I have asked them to contact you + send you this letter. It’s hard to know what to say. Please know that I am in a safe location, completely unharmed + healthy (put on weight in fact); I have been treated w/ the utmost respect + kindness.

I wanted to write you all…