Oh my! How often have I heard that? I have studied Reformation History too so as well as hearing it in churches since I “became a Christian” 24 years ago I have also read it. I did get in to a bit of a discussion about it at a group we meet with on a Thursday evening. What I wanted was a “where does it say this so clearly?” I know I have been totally guilty of it. I still go in repentance to God regarding a relationship I had with a young man who had started seeing a girl. He was a Christian, she was seeking, he wanted to date her, I firmly told him know and clearly showed him passages in the Bible that made this relationship wrong. What happened? He stopped attending the group that I was a leader of. He did start dating the girl. And I do not know what happened from then because he moved away. I now feel that what I said was naive and not properly thought through.

But yesterday it all came to me very clearly how dangerous this can be – using the Bible to clearly tell us things. I had the privilege of being able to pray with a girl who was running

away from being forced into an arranged marriage. As I have shown before I am very good at making presumptions so I had decided she was Muslim, etc. Oh No! She is a Christian. Her parents are Christians. In fact she said her father was a missionary. Her family are from Taiwan though she was brought up in Canada. For her parents the Bible clearly says that they are to choose a bride for their child. In fact she even saw this as correct and proper. What she was running away from was the fact that she did not want to get married to this man and so her family were trying to coerce her into the relationship. I am presuming they could clearly see that it was ok to coerce their daughter into marrying a man of their choosing. Maybe like many of the things I read in the times of the Reformation, they were doing it for what they saw as the right reasons. (And I googled “Christian arranged marriages” and there are a lot of sites out there who are very pro arranged marriage!!)

Often we try as modern “enlightened” Christians to distance ourselves from the Crusades, for the burnings of both Catholic and Protestants during the Reformation, of Christians having slaves, by saying that they did not believe properly or they weren’t proper Christians – whatever that might mean. But actually if one reads the writings of the time these people could quote the Bible and say that ‘the Bible clearly says …’ 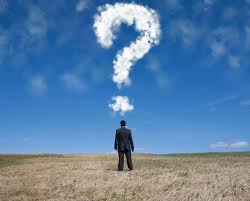 We need to beware when we say the Bible clearly says that in fact there are many things in there that it does not clearly say. Much of this is to do with us not have the original texts in front of us, and we never will. Some of it is because words change over time. And some of it, I think, is because God is a mystery, and wants to remain that way. I believe He is seeking relationship with us, which means we must converse with Him. Ok there are some people who have been married a long time who can say “my spouse would clearly say …” but even at times they can be taken by surprise!

Let the mystery of God reign within us and not keep wanting to have clear answers.