I’ve blogged before on why I believe in God and what makes me follow Him but I just love it when He does something really clever!

We have started going to a Kesher course. Kesher means something to do with the way Christianity and Judaism is joined together. In honesty I went because I like the woman who is running the course and wanted to support her. And at the time when she set it up we didn’t know many people and so wanted to connect with others. Anyway I am so glad we did. We have only been twice but I am stuck on one thing that we learned this week. 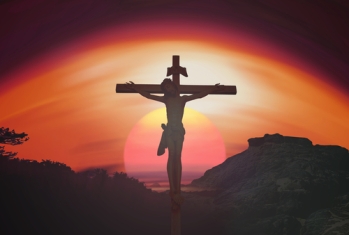 So when Jesus gets crucified the Bible says that Pilate put up a plaque above Jesus on the cross that said “King of the Jews” and the Jewish leaders who wanted him crucified for this very reason got really angry with Pilate and wanted him to take it down. I’d always thought all that was odd. The reason the Jewish leaders had bullied Pilate into crucifying Jesus was because he had declared himself as king, so they said and “they had no other king than Caesar” is what they said. So why get mad about what was there? But also why did Pilate have that plaque put up anyway?

Well it turns out that every person who was crucified had a plaque with their name and what their crime was at the top of their cross. We do often forget that crucifixion wasn’t a 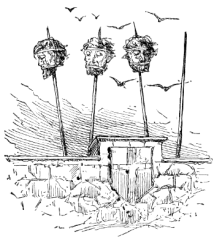 special punishment in Roman times but was something they did quite a bit and then they would leave the crucified person there for ages as an example. A bit like we use to do over here and leave the condemned man hanging on the gibbet at the crossroads or in a cage on the side of the city walls, or heads on poles from Tower Bridge. That sort of thing. As an example. And to be a good example it was good to remind people what the crimes were that could get you crucified.

So Pilate had this plaque which says “Jesus the Nazarene, King of the Jews” done because that was the rules that went with crucifixion. Well according to our teacher on Friday the way it would have been written the starting letters above Jesus’ head would have given an acrostic which would have said YWYH – which is the way the Jews would write God and it was unspoken. So here is the man they condemned with the word that Jews saw as too holy to speak in an acrostic above him as he was dying. Wow! Now I think that is so clever of God to get all that sorted.

I think He was still trying to make them see that Jesus was truly God but they still didn’t believe it. Instead these Jewish leaders defiled themselves and went before Pilate, the heathen Roman, on the eve of Passover, to demand he take the sign down. They were so angry that they would rather be unclean and not able to celebrate their most important

But it also got me thinking of how often we get so stuck on our high horse – whether follower of Jesus or not – that we miss totally what God is trying to say and would rather miss out that accept.