A Lapidus friend of mine is doing workshops based around the Ubuntu philosophy and I must say I heard it and then let it go until last Saturday when she said it again at the Lapidus conference. Her definition of Ubuntu is “I am because we are” but in a longer definition …

Michael Onyebuchi Eze, the core of ubuntu can best be summarised as follows:

“ ‘A person is a person through other people’ strikes an affirmation of one’s humanity through recognition of an ‘other’ in his or her uniqueness and difference. It is a demand for a creative intersubjective formation in which the ‘other’ becomes a mirror (but only a mirror) for my subjectivity. This idealism suggests to us that humanity is not embedded in my person solely as an individual; my humanity is co-substantively bestowed upon the other and me. Humanity is a quality we owe to each other. We create each other and need to sustain this otherness creation. And if we belong to each other, we participate in our creations: we are because you are, and since you are, definitely I am. The ‘I am’ is not a rigid subject, but a dynamic self-constitution dependent on this otherness creation of relation and distance”

To me this sums up what Christianity should be all about and what Richard Rohr has been talking about over various weeks; of coming to a place of maturity where we know we are connected with everyone else. This is where we get to the place where we can weep with

those who weep, laugh with those who laugh, etc. It is not about being super empathetic, or about being able to put are own moods and feelings behind us, but it about knowing – yes knowing not just thinking or hoping or wanting to be – that I am only because everyone else is, that I am a person through other people.

In reality even though I have somethings that are unique to me I am a combination of parental genes, of experiences that have happened to me which always include people. I am a mix of nature and nurture but all come from a collective of other people.

I feel that in some forms of Christianity we shun this. Too often it is us and them: those who are in/said the prayer/made a commitment and those who are out and who don’t believe in Jesus/God etc. Too often I have seen in Christianity that Christians are told to reach out to them and not to imagine that the unbeliever doesn’t have anything to offer. I have learned so much about life, me, God from people who don’t have a believe in God.

In the Anglican service at communion we say “Though we are many, we are one body, because we all share in one bread” and in fact are accepting the concept of “I am because we are” without acknowledging it. In fact there are many different denominations who would not want to think they are part of the Anglican community. I have lived in towns that have a Churches Together group where certain denominations won’t be part of it because certain others are. Together but on their own terms.

I think that we need to embrace this concept of Ubuntu and realise that we are because of others. Not like the Borg from Star Trek where we are all assimilated into the same thing – and like I have heard is being though of to get rid of racial hatred. Yes it has been said that if we distil our cultures and all live in mixed areas that would get rid of racial hatred. I live in North Wales and as I have talked with people about their culture I have noticed that the more they are able to express who they are and their culture so they are more content to accept other people.

In fact I think this is the true concept of Ubuntu for me. I can be truly me if I let you be 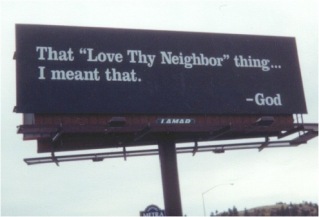 truly you. And as I have reached this point in this post I have realised I have come back to a concept I was exploring a while a go – “Love your neighbour as yourself” – and the whole idea that I cannot love my neighbour unless I love myself, and I cannot let others be truly who they are unless I am truly who I am. But also I have to realise that I am connected to them whether I know them or not and that they have an influence on me as I have a influence on them. 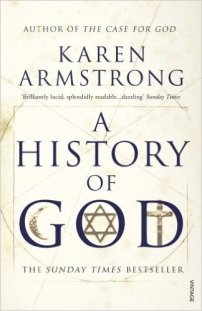 I have just started reading “The History of God” by Karen Armstrong. I’ve been wanting to read it for ages but have been nervous about it in case it made me lose my faith in God. I have really only read the introduction and already it has strengthened my faith. Not because she talks about God in a way that makes one want to believe but from her opening paragraph which talks about the difference between belief and faith. She says how she believed in God, enough that for a while she was a nun, but she did not have faith in God, and that none of her studies ever brought her to that place. Even the Bible says that there are many that believe in God, even the devil believes in God, but he does not have faith to live for and with God. Until reading this book I had often pondered what that meant – the the devil to also believe and why Jesus was condemning about it. Now it makes sense.

I believe as part of my journey I have gone through the believing stage but that, probably 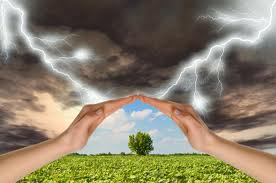 due to the things I had to walk through from 2012 I have come to a place of faith in God. I wrote a piece back in January when I was struggling with all the moving stuff and said that I had reached a place where I could really trust in God. Yes true, but I also feel that that was where I went from believing in God to being willing to live a life of faith in God.

Being a practical person I have to know what that means 🙂 Well as an example; we went to a church this Sunday where the sermon was about letting go of hurts, habits and knowing your time is God’s. It was about believing it’s ok to do that with God. But for me, as I chewed it over with these thoughts in my head I realised that I have faith that if I let go of some of the hurts and fears I have about life, other people, etc and also deal with habits that are not ok, that I will still be an ok person, 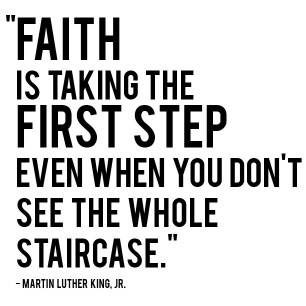 still be loved unconditionally by God, still be able to function. And you know it doesn’t matter if that person hurts me again because I’ve let my guard down, that’s ok. And it doesn’t matter if I do lose it again, reverting to that habit of temper tantrum, because God loves me unconditionally. I have faith that God loves me, but also I have faith in the fact that He doesn’t just love me because I’m ok, He loves me when I’m not ok. I have faith that if I didn’t ever change that would be ok.

So I have faith and trust that God has a plan for me, for us, for my family and friends. I have faith that if it doesn’t work out how I want it to then God is in control.

I have a lot of crazy beliefs that maybe I’m trying to make fit – like how I view God, what I’d like God to be. In fact what has struck me is that we, whether Christian or not, spend a lot of time trying to work out what we believe or not about God and yet very rarely have the faith to let those beliefs go. I don’t really know what God is like. I don’t really know what God wants me to do. I have to trust the still small voice in me and have faith that God is bigger than that still small voice.

So it sounds like semantics but I think it is more than. I think it is easy to jump up and down in church, or read liturgy or however one does church, and say I believe. Like Jesus

said even the devil believes all those things. But how much faith do I have to trust in God? And I believe this is what I have been learning over the last few years – that it doesn’t really matter what I believe or not. In fact there could always come along something that shatters those beliefs. But am I willing to have the faith to live my life for God?

I was going to follow that with a “I wonder what that looks like” but in fact faith is like the verse from James of not planning and preparing but of taking today as today – being Mindful!! – and accepting what is and walking in that. So on the practical at the moment for me that is being here in my room, praying, writing, reading, cleaning, welcoming others, supporting and being me. As it says on my new businesses cards I am:

At the moment that is me. I am having faith in the fact that this is the life God has for me and so I am laying down any hopes, oughts, shoulds, not worrying about what other people think, but I am laying out what I am and who I am and having the faith that God will walk with me as I try to walk with Him.

And I do wonder if that is the core issue with faith as opposed to believe. Believe is a mind thing that does move to the heart too, but Faith is a heart thing that has to move to the  mind. I do have to have faith that God sees I’m doing my best as much as I have faith in Him to lead my life as I believe He would want me to lead it.