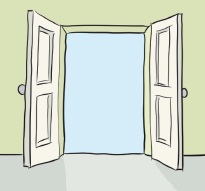 open doors and walking through doors. I love it and have done loads about them. In fact I could do a whole 6 week series of workshops on doors and transitional places. And in fact this is what we were doing last night at the creative writing for well-being workshop I was facilitating. Then on of the participants gave me food for thought. I do love doing this sort of stuff because I only facilitate and encourage others to bring out what is within them and I am always learning too. I do not have it all sorted.

So anyone someone says “behind the door is a blank wall” and that has really stuck with me. I found it not so much encouraging but something to think about. How often do I think of a door having something behind it? Yes I know a wall is a something, but rather something to go into, a new room, space or place. I have never thought of it going no where. So as I pondered this I thought of how I have been feeling that doors have been 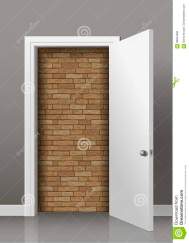 flying open for me with regard to running various workshops up here. Although actually there is a lot of stuff sitting in the pipeline and not actually having anything concrete on it but that’s ok. But all I have been thinking is “Wow how exciting. Open doors.” and being me I’m happy to rush through them cos that’s what I’m like.

Well I have realised with one situation it may not be a blank wall but it is a small room and actually I would probably be better to come out of that room because it is dark and also not right for me at the moment. So I will step away quietly, close the door and learn from it. What I have learned is that maybe just rushing in is not such a good idea. I probably need to have a look through the door, see what’s there and see if I want to do there. I need to ask more questions, find out clearly what is there, and then decide. Although knowing me I’ll probably still rush in, which I have done many times before, and then have to walk out.

Not every door leads somewhere but we all need to be bold enough to walk out of the confining space and try another door.